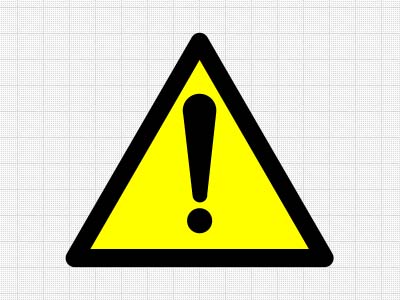 Proposition 65 is a Californian law that requires businesses to warn Californians about certain chemicals in the environment and/or consumer goods. Proposition 65 became law in November 1986, when Californian voters approved it by 63-37 percent vote. The goal of the proposition is to protect the state’s drinking water sources from being contaminated with chemicals known to cause cancer, birth defects, or other reproductive harm, and requires businesses to inform Californians about exposures to such chemicals. The law is also intended to help Californians make informed decisions about using or protecting themselves from these chemicals.

California and twenty other states allowed for the direct passage of the statute through the process of a ballot initiative. In 1986, California voters approved an initiative to address their growing concerns about exposure to toxic chemicals. The term Proposition 65 arrived on the ballot of California voters in 1986 at a time when environmental protections were large on the public stage. The “superfund” federal program had just arrived six years prior in a reaction to the challenges of addressing the impact of the disposal of industrial waste at a large and unregulated scale for decades prior.

After industry lobbying stymied their efforts, they took it to the ballot and introduced Proposition 65, which would require companies to warn consumers of potentially toxic chemicals in their products via a prominent label. It went up for a public vote as the Safe Drinking Water and Toxic Enforcement Act of 1986.

Proposition 65 law requires warnings on products and areas containing chemicals “known to the State of California” to cause cancer, birth defects, or reproductive harm. The law is intended to keep people safe from toxic chemicals and requires businesses to inform Californians about exposures to such chemicals. The requirement to provide a consumer warning applies regardless of whether a business is in California or out-of-state if its products cause exposures to individuals in California. Proposition 65 requires businesses to notify Californians about significant amounts of chemicals in the products they purchase, in their homes or workplaces, or that are released into the environment. However, using the “safe harbor warnings” is an effective way for businesses to protect themselves against Proposition 65 enforcement actions.

Proposition 65 mandates that foods, dietary supplements, and other consumer products bear warnings about cancer and birth defects if the product may cause exposures to certain substances, even at very low levels.

These chemicals can be in the products that Californians purchase, in their homes or workplaces, or otherwise released into the environment. Below are some examples:

According to the law, everything in kitchens must display the Proposition 65 warning when advised by the manufacturer that a warning must be present.

Proposition 65 also requires the state of California to publish a list of chemicals known to cause cancer, birth defects, or other reproductive harm. This list, which must be updated at least once a year, has grown to include more than 1,000 chemicals since it was first published on February 27, 1987, with 30 chemicals. The latest list of “CHEMICALS KNOWN TO THE STATE TO CAUSE CANCER or REPRODUCTIVE TOXICITY” can be downloaded from the California Proposition 65 website.

The list contains a wide range of naturally occurring and synthetic chemicals that are known to cause cancer or birth defects or other reproductive harm. These chemicals include additives or ingredients in pesticides, common household products, food, drugs, dyes, or solvents. Listed chemicals may also be used in manufacturing and construction, or they may be byproducts of chemical processes, such as motor vehicle exhaust.

A chemical can be added to the Proposition 65 list in many ways. Chemicals can be listed by the “State’s Qualified Experts,” either through the Carcinogen Identification Committee (CIC) or the Developmental and Reproductive Toxicant Identification Committee (DARTIC). Both committees allow public input on the potential hazards of chemicals being considered. The U.S. Environmental Protection Agency (EPA), U.S. Food and Drug Administration (FDA), and International Agency for Research on Cancer (IARC) are the “authoritative bodies” under Proposition 65.

As of 2019, the below list includes some of the companies that have been sued or received an “intent to sue” notice for allegedly not disclosing the Proposition 65 warning on one or more of their products.

California Proposition 65 arrived at a time of increased environmental awareness and concern over corporate transparency as it relates to the environment and public health. What began as a list of 30 potentially hazardous chemicals has since grown to include over 1,000 chemicals that must be disclosed to Californians if they are included in products or released into the environment.

In our next article, we discuss how companies can comply with the requirements of Proposition 65.