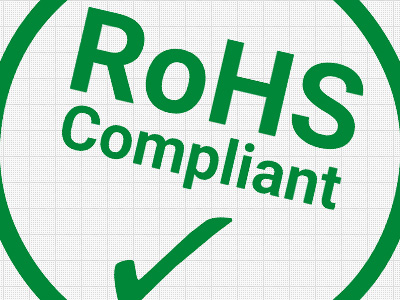 Our previous article introduced RoHS and the reasons for its initial conception in 2002. Now we will take a closer look at the history of the directives, from RoHS 1 (which took effect in 2006) up to the most recent directives under RoHS 3.

Directive 2002/95/EC (also known as RoHS 1) took effect on 1 July 2006, and is required to be enforced and became law in each member state. This RoHS 1 directive restricts (with exceptions) the use of six hazardous materials in the manufacture of various types of electronic and electrical equipment.

It is closely linked with the Waste Electrical and Electronic Equipment Directive (WEEE) 2002/96/EC which sets collection, recycling and recovery targets for electrical goods and is part of a legislative initiative to solve the problem of huge amounts of toxic electronic waste.

Directive 2011/65/EU (also known as RoHS 2 or Recast of RoHS 1) replaced directive 2002/95/EC and entered into force on 21 July 2011. Also known as the CE-marking directive, RoHS 2 aims to prevent hazardous substances from entering the production process and thereby keep them out of the waste stream. RoHS 2 not only expanded the scope of products covered, but also imposed new obligations on electrical and electronic equipment (EEE) manufacturers to prepare EU declaration of conformity and affix CE markings on finished products.

Main diﬀerence between RoHS 1 and RoHS 2

The main diﬀerence between RoHS 1 and RoHS 2 is the gradual extension of the scope to all electrical and electronic equipment, including cables and spare parts, by 22 July 2019. This starts with the addition of medical devices and monitoring and control instruments by 22 July 2014.

Some electrical and electronic products are out of the scope of RoHS 2. Military equipment, large-scale stationary industrial tools, large-scale fixed installations, active implantable medical devices, and photovoltaic panels are excluded from RoHS 2. Batteries and package materials are also out of the scope of RoHS since they are subject to different directives. In addition to that, annexes III and IV of RoHS 2 contain certain applications that are exempt from RoHS restrictions (for example, cadmium in helium-cadmium lasers). Some RoHS 2 exemptions are time-limited.

On 4 June 2015, the EU Commission published Directive (EU) 2015/863 (RoHS 3) to amend Annex II to RoHS 2. This new amendment added Category 11 products and the following four phthalates to the list of restricted substances:

These four phthalates are mainly used as insulation plasticizers and are on the REACH list of Substances of Very High Concern (SVHC). In total, 10 hazardous substances will now be restricted in EEE under EU RoHS.

Restriction of phthalates under RoHS came into force on 22 July 2019 for all electrical and electronic equipment, apart from Category 8 (medical devices) and Category 9 (monitoring and control equipment) — for these items, the restriction went into effect on 22 July 2021.

The restriction of DEHP, BBP, and DBP does not apply to toys, which are already subject to the restriction of these substances through entry 51 of Annex XVII to REACH Regulation (EC) No 1907/2006. The restriction limits of phthalates in toys under REACH are stricter (see below).

Restricted substances referred to in Article 4(1) and maximum concentration values tolerated by weight in homogeneous materials are listed below. The European standard EN 62321 speciﬁes how the levels of hazardous substances can be determined in EEE.

The RoHS Directive applies to products in Categories 1 thru 11 (as per Schedule 1 of the WEEE Directive). RoHS also applies to all wire, cables, and associated connectors, both internal and external.

* Compliance deadline for Category 8 and 9 products for RoHS 3 phthalate restriction is July 22, 2021.

The list of RoHS exemptions is given in the Annexes III and IV of the Directive 2011/65/EU (EU RoHS 2) and the following product categories are currently exempted (note: these exemptions are industry-dependent):

The following countries have implemented their own version of RoHS as well:

Manufacturers must be ready to adapt and improve their products as directives like RoHS continue to evolve. Though meeting the requirements may be challenging in the short term, consumers and the environment will ultimately benefit from the restriction of these materials.

Our next series will continue this theme as we look into REACH regulations in the EU.