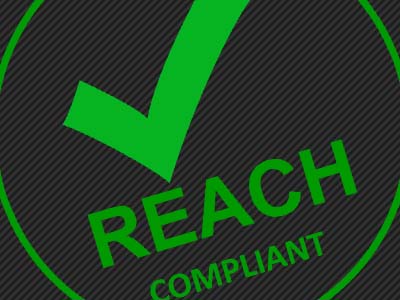 The REACH regulation was adopted in the European Union to address the production and use of chemical substances and their potential impacts on human health and the environment. REACH promotes alternative methods for the assessment of hazardous substances to reduce the number of tests on animals. REACH also imposes the restrictions on hazardous substances in preparations or articles that present risks to human health or the environment.

What Is the REACH Regulation?

REACH is an acronym of Registration, Evaluation, Authorization, and Restriction of Chemicals (REACH), and refers to European Regulation No.1907/2006 which concerns chemicals and their safe use. REACH is not a directive (like RoHS), it is a regulation such that it is a binding legislative act and must be applied in its entirety across the EU. Thus, REACH applies directly to all 28 member states of the European Union (EU). It also applies to Iceland, Liechtenstein, and Norway as member countries of the European Economic Area (EEA).

This regulation establishes specific duties and obligations for companies in the European Union that manufacture or import substances on their own, in preparations, or in articles.

The legislative text of REACH contains 15 titles covering the different issues and responsibilities under the regulation, such as Registration, Information in the Supply Chain, and Restriction. Each title is divided into chapters, with each chapter subdivided into articles. As part of the legal text, there are also 17 annexes that tell us what we must do and explain how to do it.

The new REACH regulation entered into force on 1 June 2007. The new European Chemicals Agency (ECHA), which manages the technical and scientific aspects of REACH, became fully operational on 1 June 2008 in Helsinki, Finland. The ECHA then began receiving pre-registration dossiers for existing substances and registration dossiers for new substances.

One of the main reasons for developing and adopting the REACH regulation was that many substances have been manufactured and marketed in Europe for several years, sometimes in very huge amounts, without sufficient information on the hazards that they pose to human health and the environment. There was a need to fill these information gaps to ensure that industry can assess hazards and risks of the substances and to implement risk management measures to protect humans and the environment.

Scope of the REACH Regulation

The REACH regulation aims for a high level of protection of human health and the environment, including promoting alternative methods for assessment of hazards of substances, as well as free circulation of chemicals in the European market, while enhancing competitiveness and innovation.

REACH applies to all chemical substances, not only those used in industrial processes. This includes substances used in our day-to-day lives, such as cleaning products, paints, clothing, furniture, and electrical appliances. Therefore, the regulation has an impact on most companies across the EU.

REACH also places the burden of proof on industries to protect the consumers, workers, and the environment from the adverse effects of chemicals. To comply with the regulation, companies must identify and manage the risks linked to the substances they manufacture and market in the EU. They must demonstrate to ECHA how the substances can be safely used, and they must communicate the risk management measures to the users.

RoHS vs REACH Approach to Risk

The basis for RoHS and REACH substance restrictions are quite different. RoHS restrictions are based on hazards – if a substance is hazardous and there are alternatives, then it could be banned. REACH restrictions are introduced only if a risk to human health or the environment can be proven, it cannot be controlled, and substitutes exist.

Current Commission Regulation (EU) 2015/830 dated 28 May 2015 amending Regulation (EC) 1907/2006 released a list of Substances of Very High Concern (SVHC) which is updated twice every year in January and June.

The benefits have been calculated by three different approaches:

The study was performed by the Danish environmental consultancy DHI between October 2004 and September 2005.

UK to break away from ECHA and REACH:

The UK is no longer seeking associate membership of the European Chemicals Agency (ECHA) or participation in the EU REACH regulation.

Recognizing the EU REACH registrations under UK REACH is called grandfathering, and allows companies to have continued access to the UK market. No registration fee will be levied by the agency for grandfathered registration.

The information requirements for registration under UK REACH are the same as EU REACH. After completing the initial stage of the grandfathering process, EU REACH registrants of the same substance are placed in a substance group together with UK REACH.

Since it entered into force in 2007, the REACH regulation has been an important tool for mitigating the health and environmental effects of chemical substances. In our next article, we will discuss industry compliance and lists of restricted substances in greater detail.