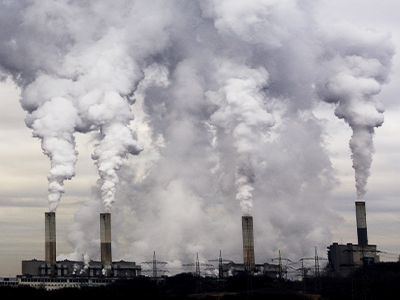 In 2003, oil and gas company British Petroleum (BP) attempted to shift the burden of action around climate change from fossil fuel companies to consumers with an ad campaign that asked people on the street about their “carbon footprint.” Since then, the term has become popular shorthand for the amount of carbon (usually in tons) being emitted by an individual activity or an organization.

What is Carbon Footprint?

According to the World Health Organization (WHO), a carbon footprint is a measure of the impact our activities have on the amount of carbon dioxide (CO2) produced through the burning of fossil fuels and is expressed as a weight of CO2 emissions produced in tons.

Carbon footprints also estimate the total amount of greenhouse gases emitted during the production, processing, and retailing of consumer goods. The aim of measuring carbon footprints is to identify major sources of emissions in supply chains and inform relevant stakeholders so that actions can be taken to reduce emissions.

In addition to CO2, carbon footprints can also encompass other greenhouse gases (GHG), many of which are carbon-containing. Examples include methane, nitrous oxide, and chlorofluorocarbons (CFCs). Greenhouse gases can be emitted through the burning of fossil fuels, land clearance, production and consumption of food, manufactured goods, materials, wood, roads, buildings, transportation, and other services.

Greenhouse gases trap heat in the atmosphere through the “greenhouse effect” — they absorb and re-emit heat, thereby keeping the planet’s atmosphere warmer. The three main causes of the increase in greenhouse gases observed over the past 250 years have been fossil fuels, land use, and agriculture.

Greenhouse gases are emitted by both natural and human sources. Natural sources include decomposition, ocean release, and respiration. Human sources come from activities like cement production and deforestation as well as the burning of fossil fuels like coal, oil, and natural gas. The following are all major contributors to GHG emissions:

The main gases responsible for climate change and global warming caused by the greenhouse effect are:

Top Producers of CO2 Emissions in 2022

Manufacturing industries can lower their carbon footprint as part of a corporate social responsibility (CSR) strategy. The aim is to identify significant sources of emissions in supply chains and inform relevant stakeholders so that actions can be taken to reduce emissions.

Below are some of the many tactics companies can implement to reduce overall GHG emissions:

As companies become more aware of their own carbon footprint, they can implement several strategies to reduce greenhouse gas emissions. In our next article, we will take a closer look at carbon-based greenhouse gases and several important ways in which industries and individuals can reduce their overall carbon footprint.