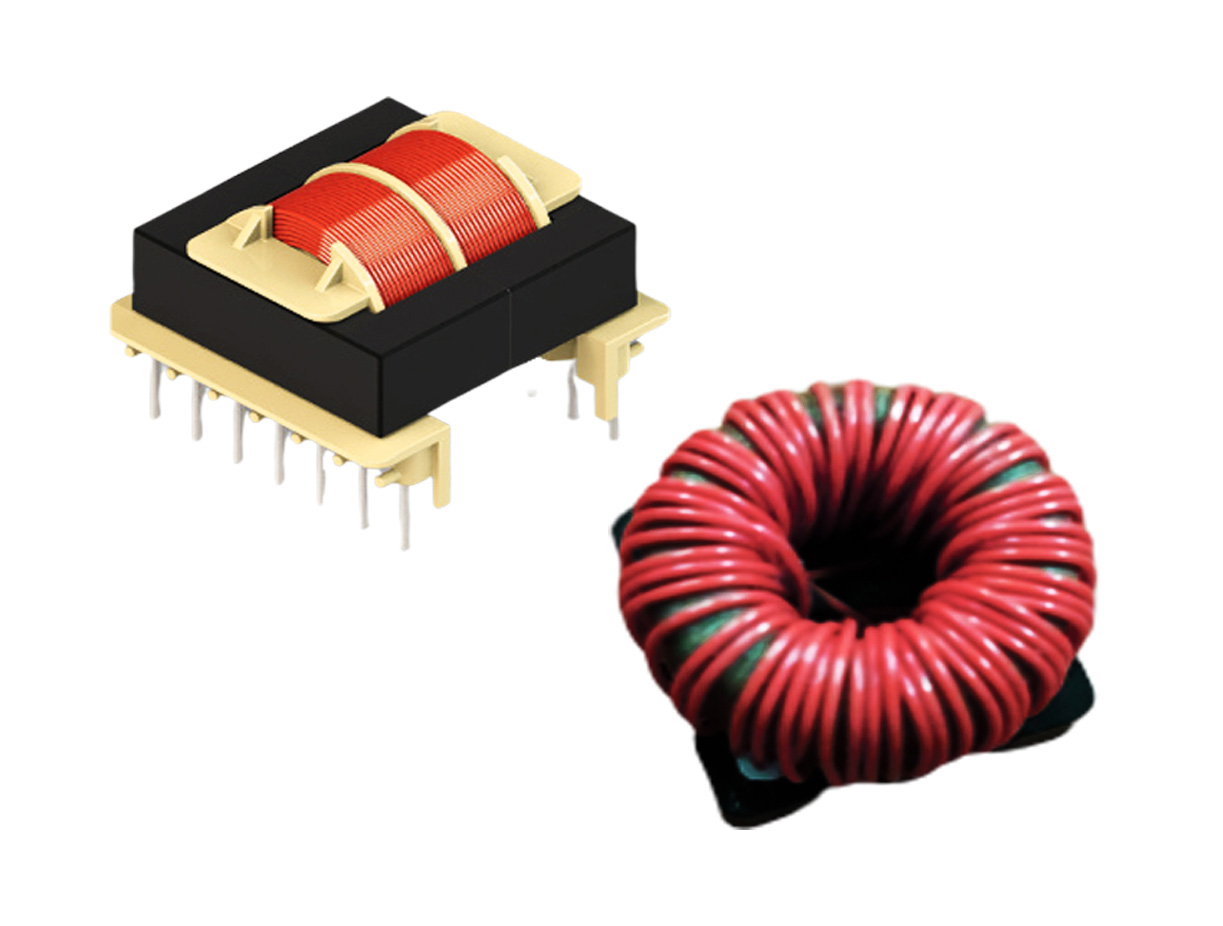 Several important factors need to be considered when designing an optimized gate drive transformer (GDT). This article discusses several GDT design considerations, as well as ideal applications for their use.

Gate drive transformers handle very low average power, but deliver high peak currents at turn-on and turn-off. To avoid time delays in the gate drive path, low leakage inductance is a must. GDTs must have good coupling between primary and secondary. Poor coupling will lead to isolated power switches to switch slower than the grounded/low side power switches and also may destroy the power switches.

The distributed capacitance of gate drive transformers should be kept low to avoid large common mode currents which would flow at the device common (source/emitter) terminal. Higher capacitance results when a winding has many turns, low insulation thickness, and the turns are not laying uniformly during the winding process.

No air gap is required. An air gap in the magnetic path decreases the permeability of the core material. This creates the need for a greater number of turns, resulting in poor coupling which leads to flux leak outside of the core. Also, ensure that there is no DC current in the windings that could cause saturation.

Generally, choose a toroidal core with a diameter large enough to fit the required number of turns in a single layer. Usually bigger cores are used for lower frequencies to achieve sufficient magnetizing inductance with fewer turns. Also, the inside diameter of the toroid should not be excessive (which leads to higher leakage inductance).

Do not separate primary and secondary winding around the toroidal core or wind all the turns around a small section of the toroid circumference (creating sectors). Spacing between the primary and secondary coil gives relatively poor magnetic coupling and increases leakage inductance. Hence interleaved winding techniques should be employed (e.g., bifilar/trifilar) and windings should be evenly distributed around the core.

Rather than leaving extra space between turns, use the thickest wire insulation that will allow for reduced winding space as much as possible between turns around the toroid ring.

Core saturation limits the applied volt-time product (V*T) across the windings. The transformer design must anticipate the maximum volt-time product under all operating conditions, which must include worst-case transients with maximum duty ratio and maximum input voltage at the same time. An appropriate margin between worst-case peak flux density and saturation flux density must be provided (~1:3).

If operation in any one quadrant of the B-H loop is chosen, care should be taken for resetting the core. A significant portion of the switching period might be reserved to reset the core of the main power transformer in single-ended applications (working only in the first quadrant of the B-H plane) such as the forward converter. The reset time interval limits the operating duty ratio of the transformer. This is rarely an issue even in single-ended gate drive transformer designs because they operate with bi-directional magnetization.

The dielectric isolation of the transformer should be able to withstand at least twice the input voltage. For a ground-referenced floating drive, keep 500 V isolation if a 400 V pre-regulated PFC exists.

Triple insulated wire must be used for more than 3 KV isolation requirements.

Now that you have considered these different factors, you are ready to start designing. The final article in our GDT series outlines a 12-step process for designing gate drive transformers