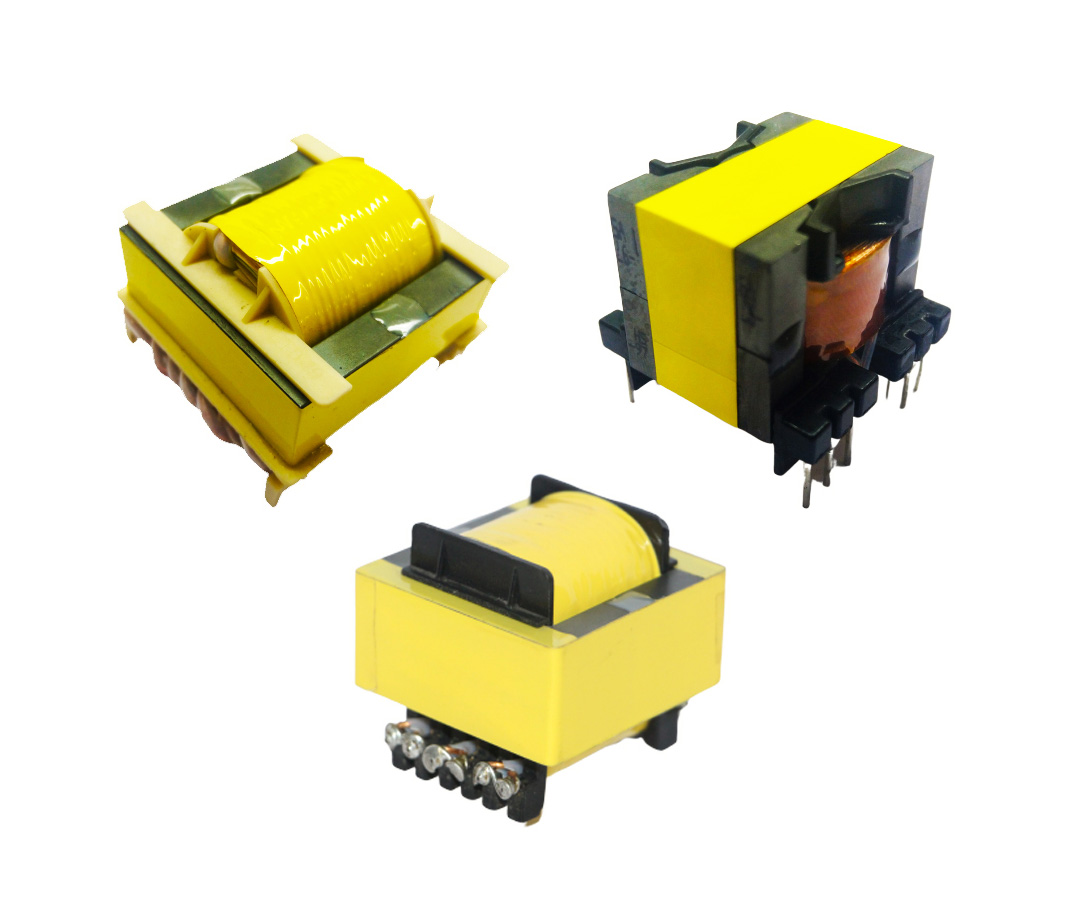 A push–pull converter is a bidirectional converter that uses a transformer to provide galvanic isolation for the load and to provide voltage conversion (AC-DC and DC-DC).

Push-pull converters are used when there is a wide variation in the input and when the output voltage is lesser than the input voltage. They can be used at power levels in the range of 100 W to 500 W.

This push-pull action produces natural core resetting during each half cycle, thus no clamp winding is required. Power is transferred to the buck type output circuit during each switch conduction period. The duty ratio of each switch is usually less than 0.45. This provides enough dead time to prevent switch cross conduction. The power can now be transferred to the output for up to 90% of the switching period, allowing greater throughput power than with single-ended types.

When switch S1 is ON and switch S2 is OFF, the energy is transferred to the load through transformer secondary NS2, D4 und Lo.

When switch S2 is ON and switch S1 is OFF, the energy is transferred to the load through transformer secondary NS1, D3 und Lo.

The half-bridge converter is most popular for higher power applications (up to 500 W). It is a derivative of the buck converter that uses transformer to provide galvanic isolation for the load and to provide voltage conversion (AC-DC and DC-DC).

This topology also uses two major magnetic components, a transformer and an output inductor, but in this case the transformer core is better utilized than in a forward converter. The switching elements operate independently, with a dead time in between, switching the transformer primary both positive and negative with respect to the center point.

When switch S1 is ON and switch S2 is OFF, the energy is transferred to the load through transformer secondary NS2, D2 und Lo.

When switch S2 is ON and switch S1 is OFF, the energy is transferred to the load through transformer secondary NS1, D1 und Lo.

The full-bridge converter is a higher power version of the half-bridge and provides the highest output power level (up to 1000 W) of any of the converters discussed above.

Full-bridge converters use a transformer to step down the pulsating primary voltage, as well as to provide isolation between the input voltage source and the output voltage Vout.

The full-bridge converter uses four switches that operate in an alternating fashion. Two diagonal switches turn ON und  OFF in one PWM cycle and then the other two diagonal switches in the next PWM cycle. The flux is reset when the other switch pair is turned ON, so duty cycles from 0 to 1 are possible. There are two power pulses transferred each cycle, enabling the use of a smaller inductor and output capacitor.

When switch S1, S4 are ON and switch S2, S3 are OFF, the energy is transferred to the load through transformer secondary NS2, D2, und Lo.

When switch S2, S3 are ON and switch S1, S4 are OFF, the energy is transferred to the load through transformer secondary NS1,  D1, und Lo.

Flux imbalance may be an issue with the full-bridge converter. An optional capacitor CB may be added so if one switch pair conducts more current than the other pair, the voltage on CB will shift up or down in a manner to equalize the current flow through the switches. The totem pole arrangement of the switches (where one is stacked above the other) is susceptible to current shoot-through from the Vbus supply rail to the return when one switch is turning OFF while the other is turning ON. To prevent shoot-through, a dead time must be inserted between each switch transition.

The next article in our SMPS series will focus on resonant converters and their main applications.