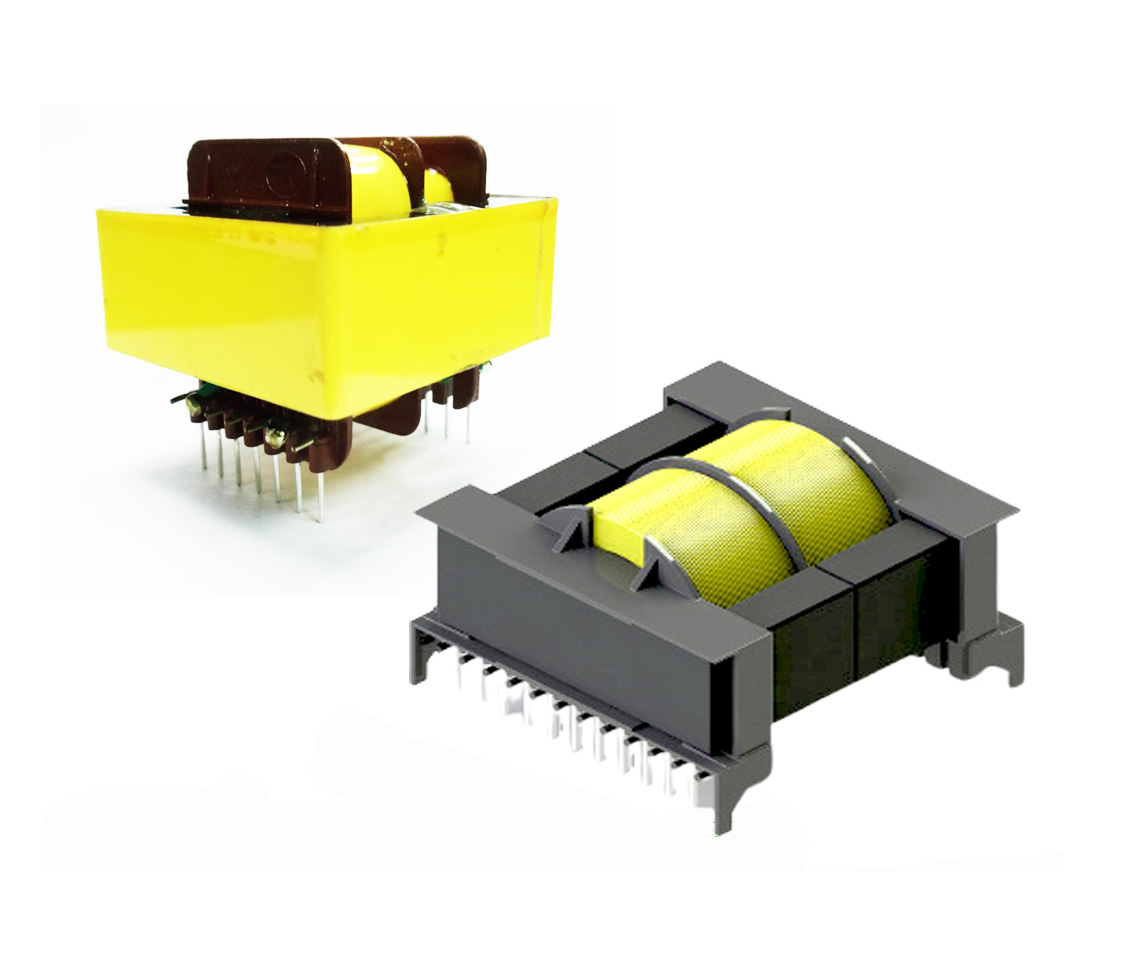 The three most popular resonant converters are,

In a series resonant converter (SRC), the resonant inductor (Lr) and resonant capacitor (Cr) are in series and placed in series with the load. The resonant tank and the load act as a voltage divider.

The impedance of the resonant tank can be changed by varying the frequency of driving voltage (Va).

The input voltage will be split between this impedance and the reflected load.  Since it is a voltage divider, the DC gain of an SRC is always lower than 1 (maximum gain happens at the resonant frequency).

In a parallel resonant converter (PRC), The resonant capacitor (Cr) is placed in parallel with the load, inevitability requiring large amounts of circulating current. This makes it difficult to use parallel resonant topologies in applications with high power density or large load variations.

The impedance of the resonant tank can be changed by varying the frequency of driving voltage (Va). The transformer primary side is a capacitor, so an inductor is added on the secondary side to match the impedance.

The half-bridge LLC topology consists of a square-wave generator, a series resonant tank, a transformer, an output rectifier circuit, and an output filter.

The typical frequency response of an LLC resonant converter is:

The two resonant frequencies are:

The quality factor of the resonant tank is:

The characteristics of an LLC resonant converter can be divided into three regions based on the operation.

Region 1 is similar to SRC operation. When the switching frequency is higher than Fr1, the converter is running at the ZVS region and the magnetizing inductance does not participate in the resonance. This region, which is also called the inductive load region, the voltage gain of the LLC resonant converter is always less than one.

Region 2 is the multi-resonant converter (MRC) region. Between Fr1 und Fr2, the load condition will determine the operation of the converter under ZVS and ZCS conditions, converter voltage gain reaches its maximum value. In this region, the energy stored in the magnetic components causes ZVS for the opposite switching device.

Region 3 is the overloaded region. When switching frequency is higher than Fr2, the converter always runs at ZCS condition. This region is called the capacitive mode region, switches S1 und S2 are under hard switching and have high switching losses. So ZCS  operation should always be avoided.

In general, the LLC resonant converter is designed to operate in Region 1 and 2 because of output regulation and ZVS operation. Switches S1 und S2 can be soft-switched for the entire load range by operating the converter under inductive load mode (ZVS region).  It can be either above or below the resonant frequency Fr1. The required gain is determined by the relationship between the input and output voltage, which can be represented by:

From this equation, we can see that the lower the input voltage, the higher the voltage gain.